A REVIEW OF TREVOR NOAH’S BOOK, BORN A CRIME :

I have never read a book where I have laughed so hard to the point of tears and also cried tears of sorrow.

There is a saying that anyone who can make you laugh hysterically can also make you cry hysterically. This book proved this saying to be true.  I laughed, and I cried while reading this book.

Trevor’s take on his early childhood in South Africa under an apartheid regime is uniquely profound.

HERE IS MY BIGGEST TAKEWAY FROM THIS BOOK

Trevor was literally born a crime. His mother is black. His father is white. The law prohibited his mother and father from having sex, let alone have a child together.  Trevor was the evidence of the crime his parents committed. As a child growing up in South Africa, he could not legally identify as either of his parent’s race. He was his own race. He was colored – unacceptable in either the black or white community.

The way Trevor learned to find acceptance in both communities was by learning to speak their languages, literally. When he spoke the languages of the people around him, they saw beyond the color of his skin.

WHY SPEAKING OTHERS LANGUAGE IS SO IMPORTANT.

A person’s language is one of the biggest parts of that person’s identity. So when Trevoh spoke the languages of the various tribes around him, they shifted their attitudes towards him. They no longer saw him as an “other.”  Instead, they viewed him as someone they shared a common identity with because she spoke the same language as they did.

Therefore to the respective communities Trevor belonged to, he was no longer just the colored boy. He was a part of who they were because he spoke in their native tongues.

Grab Your copy of this book HERE! 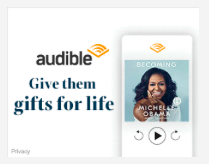